Today, leftists are wringing their collective hands over the “mysterious” twelve deliberatively amateur non-bombs that were simultaneously sent to elected and rabble-rousing leftists two weeks before the midterm elections.

All of Normal America (including President Trump) have condemned such tactics and will discover the truth. However, as per usual, Democrats have overplayed their hand.4.

I think there’s a one percent chance an actual conservative sent those packages. Instead, I suspect it’s a false flag set in motion by a leftist/leftists in order to:

1.Pretend Republicans have a mob of their own

2. Distract from their disastrous record and election wish list

3. Stop everyone from being furious over the illegal alien Honduran invasion

4. Convince Americans to vote for Democrats;

I’m gratified to see that so far, it doesn’t seem to be working.

The left is unravelling. You’ve seen it just like I have.

It’s the most curious thing. Whenever things are going really well for America, Democrats are exceedingly unhappy.

We’ve known for quite some time Democrats don’t want America to succeed, because when America succeeds, Democrats fail. They fail because their policies simply don’t work. High taxes, open borders, an excessive welfare state, an aggressive move towards socialism, normalizing mental disorders, denying there are two genders — the list goes on and on.

A Third World country is one where the elites have and run everything — and almost everyone else’s dirt poor. The elimination of the middle class has been achieved.

America is unique because the majority of our citizens reside in the so-called middle-class (at least). And for a long time, that’s how it’s been.

But now, with Democrats incessant push toward socialism and open borders, their party’s Third World status is closer than ever.

Simply put:Democrats have become the party of the elites, the freaks, illegal aliens, and the dirt poor.

You need to look no further than the elitist takeover than at Silicon Valley, Hollywood, and Wall Street. Once thought to be a purely Republican enterprise, Wall Street has now been overtaken by elitist liberals who are perfectly fine screwing over investors as long as they make a buck. Hollywood has almost always been far left. In Silicon Valley, big tech like Google, Apple, Facebook, Twitter, and the rest have such a stranglehold on our means of communication they are able to transmit their leftist messages as being the status quo.  They receive little to no pushback from Congress because the government considers them a platform where ostensibly all viewpoints will be welcomed. Anyone it’s been shadowbanned on Twitter, told their content is “hate speech” on Facebook, or been forced to swallow Google algorithms that bash conservatives will tell you differently. 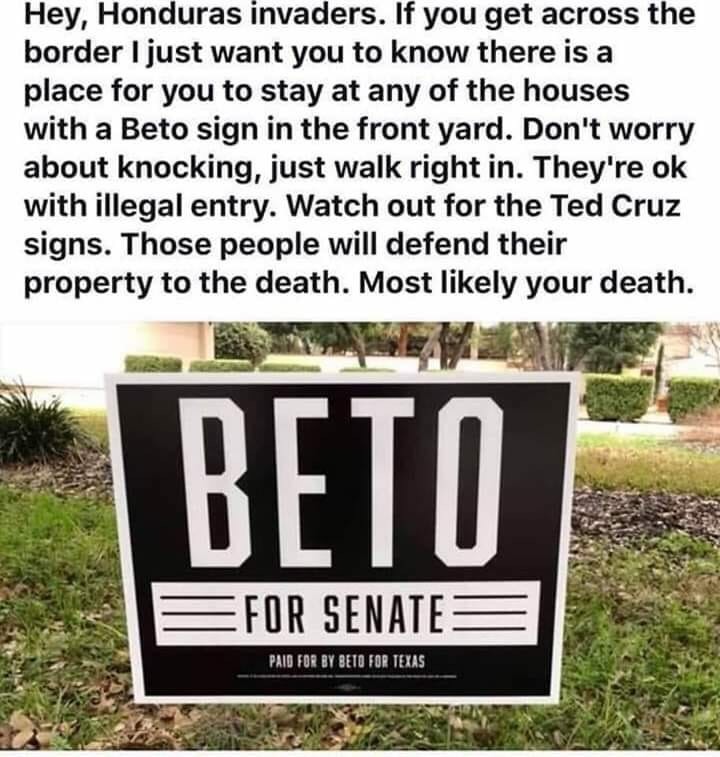 Democrats also have embraced mental illness. Go to an Antifa riot, a women’s march, a Starbucks, or anywhere else they congregate and you’re surrounded by screeching lunatics who think the world has done them wrong. Democrats cater to these people. They tell them it’s somebody else’s fault – mainly Republicans – that their lives are in the toilet and it’s time for punishment to those who have wronged them.

Recently, the media spent an entire day bashing the president over his insistence on making binary genders official United States government policy. No more of this choose-your-own gender nonsense.

This multiple gender rotgut is the height of Orwellian thought. Science (and God) says there are only two genders. Only a small percentage of people are born with a physical condition called hermaphroditism. Another miniscule percentage of Americans would be classified as “transgender.” But, according to leftists, we are supposed to bend over backwards and completely change the lexicon of normal society for those few people who — until recently — were classified as having a psychological disorder.

Liberals, believe it or not, used to be sensible about immigration like conservatives.  Examples abound when Democrats sounded like Donald Trump on immigration. This hard pivot to globalism and open borders is a fairly recent phenomenon.

And it’s for one simple reason.

In a recent poll taken of black Americans, Donald Trump now has 35% approval. That’s unheard of for a Republican! This is the reason why you’re seeing elected Democrat slide so far to the globalist, open border left. They realize they’ve got to re-populate their voting rolls somehow. And as we know, they have no problems with illegal aliens voting. Once an unthinkable idea – allowing foreign invaders break into our country, demanding taxpayer benefits, and then ascribing them the same level of voting rights given to American citizens is now commonplace among the Democrat party.

This invading caravan army of military aged Latin American men – with some Middle Eastern men thrown in for good measure, is the latest push to weaken Normal America‘s defenses. It cannot stand. Secretary of State Mike Pompeo as well as President Trump have already said that under no circumstances are these people getting into America. Good. Send the military to the border and push them back.

The only way to stop this incessant push towards insanity by Democrats is to vote them all out of office next week. Democrats are salivating about a blue wave. Democrats wunderkind Nate Silver has an “algorithm” which shows Democrats have an 85% chance of winning the House of Representatives. Keep in mind, this wunderkind also had an algorithm that showed Hillary Clinton had a 97% chance of winning the presidency in 2016. In order to put this snake oil salesmen and the rest of the media back on their heels, the silent majority of Normal America must overwhelm the polls in early voting and on election day next Tuesday.

Our country is at stake. The great progress we have achieved in only two years under Donald Trump is all at stake.

Patriots: get out there, vote, and Keep America Great. Relegate these freak Democrats to the dustbin of history and then maybethey will start coming to the table with some workable ideas.

But no matter what: the radicals have to go. Sadly, at this point, that’s pretty much the entire Democrat party. Oh well. #VoteDemsOut 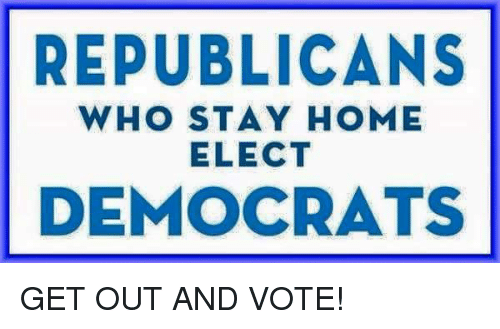 Help Support The Red Pill Pundit’s Independent Voice By Doing Something You Already Love To Do, Shop On Amazon! By clicking our affiliate link below, The Red Pill Pundit Will Receive A Referral Bonus For Almost Anything You Purchase. We want to thank all of our amazing readers for your continued support.

Red Pill Pundit is a participant in the Amazon Services LLC Associates Program, an affiliate advertising program designed to provide a means for sites to earn advertising fees by advertising and linking to amazon.com

MEGYN KELLY OUT AT NBC AFTER ‘BLACKFACE’ COMMENTS

#YBLS2018 – The Young Black Leadership Summit Kicked Off With A Bang Thursday Night!