Trump ain’t Obama, and the world is safer for it.

Leave it to Donald Trump to smoke out all the American-hating nutballs – simply by ordering the assassination of an Islamic terrorist.

Here in Normal America, we rejoice at the demise of top Iranian commander Qassem Soleimani, even as there is considerable mourning and gnashing of teeth by American leftists and their media. (CNN actually uttered the words “living legend” when describing Soleimani.)

Lest leftists pretend Soleimani was a peaceful Muslim, like, say, Reps. Ilhan Omar and Rashida Tlaib (insert LOL face here), let’s not forget his many atrocities.

He was responsible for the deaths of hundreds of Americans, both civilian and military. He actively plotted new terror attacks against Americans and American interests. He targeted our soldiers with IEDs in Iraq. For forty years, he worked with the Islamic State of Iran as they chanted “Death to America” every thirty seconds (as required by Islamic law).

The mullahs in Iran — and their compadres on the left — have been saber rattling in order to get America into another endless, Middle East war.

We know why the Deep State wants endless war: it keeps the war business (and sadly, it is a business just like anything else) churning along without end. And, of course, the left wants a war in order to bash Donald Trump over the head with it in an election year.

But Trump’s decisive action by ordering the killing of yet another Muslim terrorist – this time, the number two lunatic in Iran – has made the world safer.

The Iranian-sponsored siege of our Iraqi Embassy last week was yet another show put on by Iran’s Deep State. You see, more than anything, they want the United States to slink back and reinstate the bogus Iranian nuclear deal. Trump not only put the kibosh on the deal, but he also exposed how Barack Obama and his filthy administration sold out America in order to ensure Iran will absolutely, 100% acquire a nuclear weapon in fifteen years.

The left wanted to pretend the embassy siege was Trump’s Benghazi. Far from it.

This is just yet another example of how Donald Trump is not and never will be Barack Obama.

Trump, unlike Obama, sees the United States as a force for good.

When Trump took out Soleimani last week after receiving credible intelligence that more attacks on Americans were eminent, Trump forced Democrats to do the unthinkable. He caused them to immediately defend the Islamic state of Iran!

Democrats, the left, and their media hate this president so much they do not care how many American lives were saved by Trump’s decisive action. They want to have Congressional hearings on his decision, claiming it’s illegal. It wasn’t. Unlike Obama, Trump makes sure his Is are dotted and Ts are crossed so everything is by the book and legal.

Of course, the Democrats never learn, and will no doubt try and RE-impeach Trump over him doing his job and keeping America safe. The Deep State and the left desperately want a war – and Trump single-handedly is stopping that from happening. His action against Soleimani will almost certainly prevent a worldwide war.

While the left might salivate for it, Normal America does not. Normal America is proud of Trump’s actions and understands all he does to keep the homeland secure. They are not eager to see friends and loved ones losing limbs or eyes in a faraway land nobody in charge seems to know how to leave.

It would be nice if the left, media, and Democrats loved America more than they hated this president – but that will never happen.

As Nancy Pelosi and her slobbering coven continue to stall on sending their super-important impeachment articles over to the Senate, Normal Americans are reminded yet again about their naked partisanship and how much that hurts and impedes actual progress they can be made.

They never learn, so Donald Trump is going to have to continue to school them.

He is singularly up for the challenge. 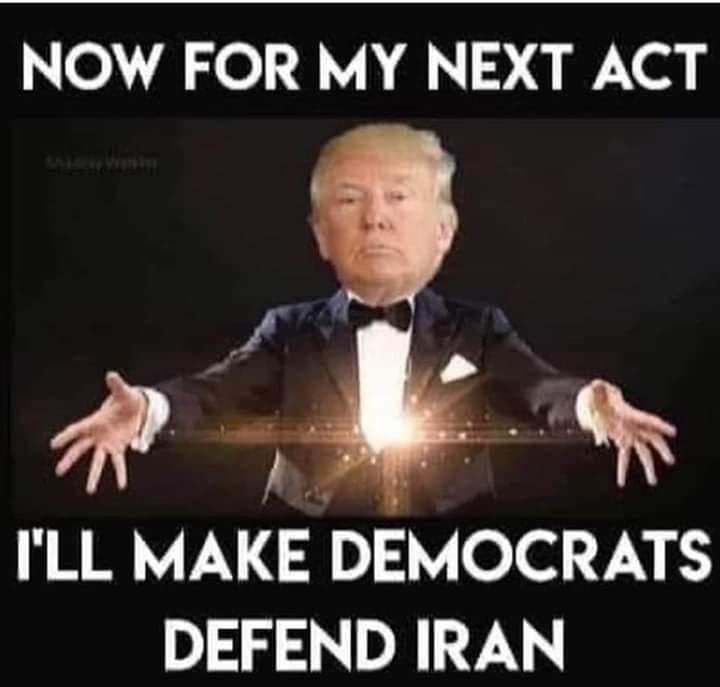 Darksided Democrats Will Have Hell to Pay